Gun tragedies: We hear you 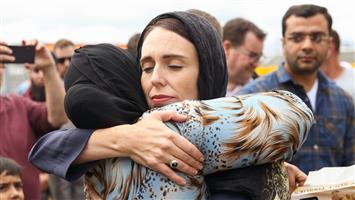 Can you recall how it felt to be in the company of a good listener?

If you can then you probably experienced feelings of being understood and valued. However, if you are like most people this experience will have been the exception and not the norm, and this should not come as a surprise. A key reason for poor communication is that the average person can think faster than someone else can speak. So with idle listening time to drift toward other thoughts, it can be useful to plan to listen.

Following the shooting tragedies in Stoneman Douglas High School, Florida, in late 2018, and two mosques at Christchurch in early 2019, the need to listen, and manage the physical location was shown by both the New Zealand Prime Minister Jacinta Ardern and US President Donald Trump.

In the case of the New Zealand Prime Minister, she chose to show empathy and diminish the sense of fear and panic by wearing a hijab and meeting the shooting survivors, along with the loved ones of the victims, at the mosque where practising Muslims had been killed. To then confirm that she had listened, and would continue to do so, Prime Minister Ardern said, "But even when we had no words we still heard yours, and they have left us humbled and they have left us united. These stories … now form part of our collective memories. They will remain with us forever. They are us." 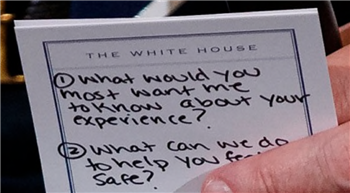 In the case of the US President Donald Trump, there was also a deliberate focus on listening, and to the location in which this would occur. By choosing to invite survivors and the loved ones of victims to the White House, the President ensured that the tragedy was elevated to national significance, and that the nation was sharing the suffering of those involved. To confirm that he wanted to listen, the President also took pre-planned questions to the meeting, including, “What would you most want me to know about your experience?”

Whether it is a national tragedy or a business relationship, being able to truly listen is one of the most critical skills a negotiator can have. So before you next pitch an idea, instead of being in your moment, focus on being in the other person’s moment. Ask questions that increase their feelings of being understood and empowered, and demonstrate your curiosity. Taking this more collaborative approach will help you to reflect on, “How does what the other party is saying make sense?”. By doing so, you will make more informed decisions and encourage the other party to focus less on claiming value and more on co-creating value.