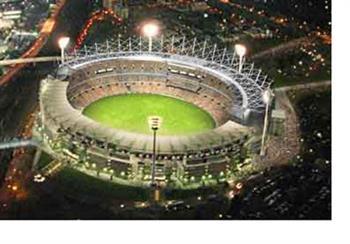 Negotiating with people who hold a firm position and create obstacles can be difficult, particularly when reaching agreement lacks a full appreciation of how future conditions can impact on the parties involved.

In 1989 the Australian Football League (AFL) signed a contract with the Melbourne Cricket Club (MCC) and Melbourne Cricket Ground Trust (MCGT). The contract required that in return for the right to play the AFL preliminary final at the MCG until 2032, the MCG Southern Stand had to be redeveloped. This was prior to the Adelaide, Fremantle and Port Adelaide football clubs entering the national competition and when interstate stadiums were of a lower standard than the MCG. In the years that followed interstate stadiums were upgraded to compete with the MCG and interstate clubs that entered the competition were successful enough to be playing in finals. Without the foresight to fully understand these impacts, the AFL wanted to renegotiate the original contract to allow the preliminary final to be played interstate, a position which the MCC and MCGT opposed. With each side holding firm, progress stalled and a deadlock resulted. Fortunately the negotiators maintained a focus on their shared interests, which included the need for an ongoing relationship and a commitment to unlock new value by jointly problem solving.

This focus enabled each side to realise that their preferences were non-competing. The MCC and MCGT wanted to maintain expected ticket sales and preserve the stadiums iconic status, while the AFL wanted to promote the national competition and reward the best performing clubs with an interstate preliminary final. By taking the negotiation process back to the discovery stage, these preferences were identified and the AFL renegotiated a new contract, which included the flexibility to play preliminary finals interstate in return for more high crowd-drawing games being played at the MCG.

Other factors that contributed to unlocking new value included keeping the negotiations private, the introduction of additional issues, and the acceptance of key principles.