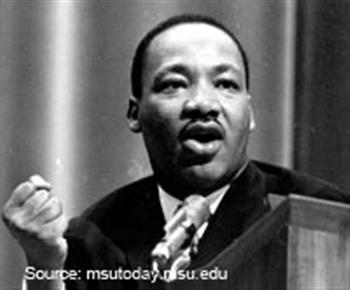 When designing a communication strategy, you might like to carefully consider which will be more effective, using a statement to impart your views to others, or a question to draw others towards you. In this issue of Negotiation Insights we look at a notable example of each from history and provide a few tips to help make your communication strategies more effective.

Influencing with a statement
On 28th August 1963 the American civil rights activist Martin Luther King Jr sought to influence the American people using a simple but powerful statement. Standing at the steps of the Lincoln Memorial in Washington DC in front of over 250,000 civil rights supporters he gave a strong speech based around the repeated statement: “I have a dream”.

This speech went on to become one the most famous of the 20th century. There were many reasons that the statement “I have a dream” resonated with the American public, including delivery by a charismatic and respected leader, and the public’s mood for change. However, it was arguably the ability of the narrative “I have a dream”, that best captured the common ground the American people held toward humanity’s need to provide equal civil rights to all citizens. Many political observers believe that this speech and statement enabled the conversations and the foundation for the civil rights gap between white and African-Americans to be bridged. 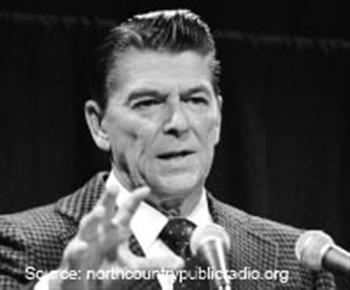 Influencing with a question
In the lead-up to the 4th November 1980 US Presidential election, Governor Ronald Reagan, the Republican challenger, and the incumbent President, Democrat Jimmy Carter, held a nationally televised debate, on 28th October. In his closing remarks Reagan challenged the American people to consider, “Ask yourself: Are you better off today than you were four years ago?”.

Confronted with an underperforming economy and the Iranian hostage crisis in the Middle East, Reagan’s question invited Americans to reflect on the losses they had incurred over the then current Presidential term. By doing so he strongly implied to voters that he could offer a positive choice which would result in, among other things, a political agenda for economic security, and restoration of the nation’s reputation for global leadership and military dominance. Many political observers believe that this speech, and specifically the one final question, was the turning point in the campaign that resulted in Ronald Reagan winning the election.