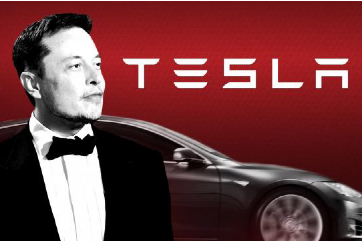 How do you know when to enter a negotiation?

During the COVID-19 outbreak, the State of California Governor Gavin Newsom, and officials from the Alameda County, made the decision to shut down non-essential businesses, which included suspending production at the Tesla car plant from 23 March 2020.

In response, the CEO of Tesla Corporation, Elon Musk, said on Twitter, “Frankly, this is the final straw. Tesla will now move its HQ and future programs to Texas/Nevada immediately. If we even retain Fremont manufacturing activity at all, it will be dependent on how Tesla is treated in the future. Tesla is the last carmaker left in CA.”. As a tactical move in helping in his aim of reopening the car plant, Musk also announced, “Tesla is filing a lawsuit against Alameda County immediately. The unelected & ignorant “Interim Health Officer” of Alameda is acting contrary to the Governor, the President, our Constitutional freedoms & just plain common sense!”.

After deciding that the manufacturing facility must stay open, it is likely that Elon Musk considered at least three major issues prior to starting negotiations with the State of California.

Firstly, Musk considered the future alternatives that both Tesla and the State of California had without each other, and who was more dependent on the other. If the actions of Musk are any indication, his assessment showed that the State of California was in a weaker negotiating position, with more to lose if Tesla relocated, and would, as a result, be more likely to give concessions. This was because of the loss of livelihoods for thousands of Californian workers, and because the state of Texas would most likely offer inducements for Tesla to move.

Secondly, by stating that the plant would move to Texas, Musk deliberately set out to create a mindset of urgency and uncertainty that would unite the affected workers and the broader community to pressure government officials to overturn the plant’s closure.

Thirdly, Musk tried to legitimise the Tesla position to reopen the plant by initiating legal action against the County of Alameda. With public pressure, and the prospect of a costly legal case, officials from the County of Alameda became increasingly motivated to reach a negotiated settlement.

On 12 May 2020, Government officials went on to approve the reopening of the Tesla plant and Tesla dropped its lawsuit against the County of Alameda. Whether Musk enhanced his reputation as either a patriot, or a businessperson, is debatable. What Musk did demonstrate is that he carefully considered when you should enter a negotiation!