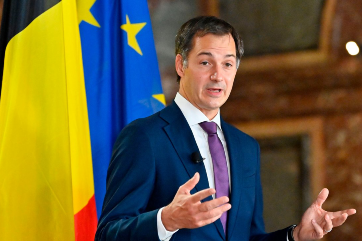 "I’ve had enough of this situation. It’s been eight months, I can’t even count the thousands of hours of meetings, the days, the evenings, the nights, the weekends, without this advancing”. This quote comes from the Belgian Socialist Party Leader Paul Magenette.

It would eventually take 653 days of negotiations for Mr Maganette and the new Belgian Prime Minister Alexander De Croo to form a four party coalition government, nicknamed "Vivaldi", which was sworn in on 2 August 2020.

The resources and effort required to reach this agreement resulted in considerable negotiation costs being incurred by the Belgian nation, and personally for those who were directly involved.

Unfortunately negotiation costs are rarely fully transparent, or monitored and documented. A key reason for this is that organisations typically measure a negotiation’s success by contrasting the outcome that was achieved to a walkaway point and what could have achieved by negotiating with another party. The problem with this narrow definition is that it fails to measure the costs associated with minimising losses and maximising gains.

When negotiators fail to demonstrate a negotiation’s real cost, and the return on investment, they dilute the true value of the skill to the organisation. A lack of monitoring also means that opportunities are lost to rank and consider both the skills that are needed for future improvement and the best ways to be rewarded.

Before starting your next negotiation, think about how your skills as a negotiator can demonstrate your return on investment. A practical way to do this is by tracking and capturing three key costs:

The objective criteria that can be measured. Examples include money as increased sales, lost profit for discounting, legal fees, hours invested and meeting costs associated with travel and venues.

The Relationship. All negotiations have the potential to incur costs when deadlocks result in competitive behaviours that restrict access to the right people and the right information. A way of measuring the relationship’s costs is to note how often discretionary effort is given by those involved to manage these costs. Examples include jointly designing the negotiation process, supporting access to important stakeholders, and sharing management of problematic stakeholders.

Emotional Wellbeing. This is more subjective and seeks to measure the costs that come from reputational damage, and a lack of resources and work-life balance. In addition there are stresses associated with an unclear mandate and when a lack of trust results in inconsistent behaviours.

How would the way you are rewarded change if you could comprehensively show the return on investment that your skills as a negotiator create?