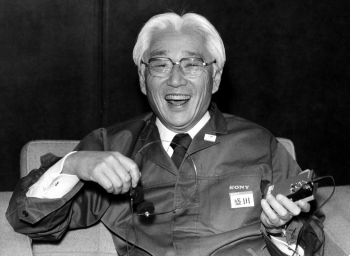 Whether it involves managing a joint venture, getting alignment across all business regions, or finding a political solution to a conflict, the ability to communicate, problem solve and make decisions is impacted by our cultural beliefs and behaviours. In this issue of Negotiation Insights, we consider the importance of modifying the negotiation process and behaviours to minimise misunderstandings and create forward moves.

An example of how culture impacts decision-making comes from the authors of ‘Riding the Waves of Culture: Understanding Diversity in Global Business’ (1997)’, Fons Trompenaars and Charles Hampden-Turner.

When explaining how the Walkman was conceived, the Chairman of Sony, Mr. Morita, stated that he loves classical music and wanted to have a way of listening to it on his way to work without bothering fellow commuters. The Walkman was a way of him doing so without imposing on the outside world, but of being in harmony with it. Contrast that to the way most Westerners think about using the device: "I can listen to music without being disturbed by other people".

As we can observe from this example, cultural norms can lead to people having very different mindsets towards the same subject matter. Without an understanding of these cultural differences, the effectiveness of negotiations has the potential to be maximised or diminished. To minimise the risk of cultural misunderstandings and to better understand that there is more than one way to achieve the same outcome, skilled negotiators give careful thought to the behaviours and negotiation process that make the other side feel respected and genuinely understood.

While it is inevitable that a social group will influence our beliefs, behaviours and values, it is also worth noting that in the modern world a single culture rarely shapes us. For negotiators, the upside of these wider experiences and conditioning mean our cultural identities are often broad enough to find common ground with those we might initially misunderstand. Examples might include belonging to the same nationality, religion, race, generation, gender, socioeconomic class or political affiliation.