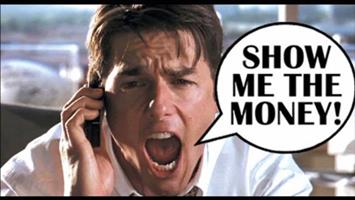 When Tom Cruise played the role as a sports agent in the movie Jerry Maguire, he made famous the line “Show me the money”. What he also brought into focus was the use of an agent to negotiate on someone else’s behalf.

In complex and highly emotional negotiations, the pathway to a solution may benefit from involving an agent. So what are some of the considerations that should be made when an agent is involved?

On the comfort side, consider whether an agent can bring much needed expertise, specialised knowledge, and experience, to make the outcomes more predictable. In addition, does their industry knowledge, along with established industry norms, make it easier for the parties involved to agree on a standard for contentious issues, such as how much something is worth?

On the concern side, the involvement of an agent also comes with some inherent problems, in particular the risk of the agent being motivated to behave in ways that reflect how they are compensated. If left unchecked and unaligned to their client’s needs, this can quickly become an unwanted distraction from optimising their client’s outcome.

Another common difficulty arises when an agent is asked to represent multiple stakeholders who have divergent views and are without an agreed decision-making process. Under these circumstances, the agent’s ability to create win-win trade offs with the other party is inhibited, which also puts optimising and reaching an agreement at risk.

When you are negotiating with an agent, you can help to overcome this difficulty, and the granting of costly concessions, by only floating options that could move the negotiations forward. You can then seek the endorsement from the agent’s principal for the preferred options to advance the negotiations. This way if the agent or their principal has failed to share important information, you have avoided making commitments which you might regret, and have improved clarity on how value can be co-created.