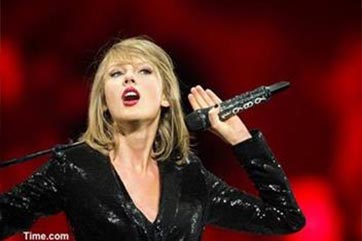 When power imbalances occur in negotiations it has the potential to restrict who is able to be involved. So how can those with more influence achieve their desired outcome, while also strengthening the negotiation positions of those who have less influence?

What others can learn from Taylor Swift.

With over 84 million Twitter followers and an estimated worth of $US360 million, Taylor Swift has become one of the most influential artists of our time.

Swift has also shown that she is not hesitant in using her influence to give those with less power a stronger negotiating position. This was revealed when she negotiated a new record deal with the Universal Music Group resulting in both a great deal for her and a potential win for many other artists.

Swift said the deal included "one condition that meant more to me than any other deal point". "As part of my new contract with Universal Music Group, I asked that any sale of their Spotify shares result in a distribution of money to their artists, non-recoupable". This meant that if Universal sold its 3.5 per cent stake, the money it received, and which would be shared with all of its artists, would amount to approximately $US1 billion. This figure is based on Spotify's value when it floated.

So next time you are negotiating from a position of strength consider how you might be able to achieve your desired outcome while at the same time giving those with less influence a stronger voice and possible unexpected negotiation outcome.