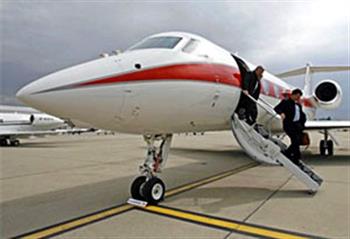 Negotiations involving great uncertainty and the need to take immediate actions often result in vital scene setting considerations being neglected. In this issue of Negotiation Insights we look at the important role managing a negotiation’s atmospherics can have. When managed well you can get discretionary negotiation effort from the other party, however when done poorly you risk derailing the negotiations and compromising your outcome.

When you think about a significant event such as arranging a funeral or dating someone special, it is highly likely the scene you want to create will be carefully considered. However, when it comes to business, negotiators often overlook the importance of carefully setting the scene. An example that comes from the height of the Global Financial Crisis, is when Ford, General Motors and Chrysler all suffered unsustainable debt levels and dire cash flow predictions. To avoid the catastrophic collapse of the US automotive industry and massive job losses, Chief Executives from the big three automotive manufacturers headed to Washington to negotiate a financial rescue package.

Not surprisingly a very anxious public was now watching the negotiations, which only increased Congress’ need to set a scene of austerity and ensure that any money would go toward a sustainable plan.

In a miscalculation of Congress’ need to see expense restraint, the three Chief Executives flew to Washington in separate private planes. Highlighting this concern, New York Representative Gary Ackerman told the three Chief Executives, “There is a delicious irony in seeing luxury jets flying into Washington, D.C., and people coming off them with tin cups in their hand, saying that they’re going to be trimming down and streamlining their businesses".

As a result of these miscalculations the Executives had unintentionally set the scene to build resistance with the very people they needed to have on side. Their decision not to show austerity had created an atmosphere where Congress needed to talk tough and show US taxpayers that their money would not be wasted.