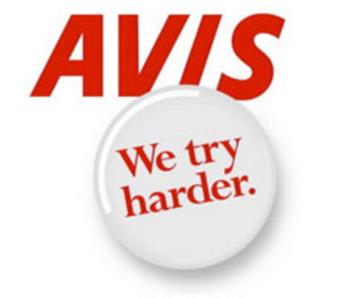 The way in which a subject is framed and the prior conditioning that occurs can strongly influence whether someone has an open or predetermined mindset towards an interaction. For example, in a price-focused negotiation would you be more receptive to your counterpart saying “My last offer was only 5% short of your asking price”, or, “I have increased my offer by 5% and can now offer you a certain gain”. In this issue of Negotiation Insights, we look at how framing can be used to positively engage the other party.

An excellent example of shaping mindsets comes from AVIS, which was founded in 1946 by Warren Avis with three cars at an airport in Michigan. AVIS went on to become the second largest car rental company in the US, and by as early as 1956 was operating internationally, with offices in Europe, Canada and Mexico.

Despite this growth, AVIS had never made a profit and in 1962 was purchased by an investment bank that employed Robert Townsend, who went on to become the CEO of AVIS.

With AVIS as the second biggest car rental company in the US behind the Hertz Corporation, Mr Townsend, along with advertising agency Doyle Dane and Bernbach (DDB), created and framed the iconic corporate motto "We Try Harder". This motto has gone on to be used to great effect for over 50 years, and remains one of the world’s most recognized mottos and respected advertising campaigns. In the first year of using this motto, the advertising campaign had contributed to a major change in the fortunes of the Company. Prior to the campaign, Avis had just $34 million in revenue and losses of $3.2 million. One year later, revenue had jumped to $38 million and for the first time in thirteen years, Avis returned a profit of $1.2 million. The biggest short-term success of the campaign was found in Avis’ market share, which grew from 11% in 1962 to an amazing 35% in 1966. – Source AVIS

Whether framing is used to get organisational change, is part of a marketing campaign, or is used to enable positive engagement when you want to negotiate, its effectiveness will largely depend upon your ability to reflect the other side’s needs, not yours. Done well, framing will not only result in you positively engaging your counterpart; you will also be more likely to avoid them viewing the negotiation as a distribution of value at your expense.