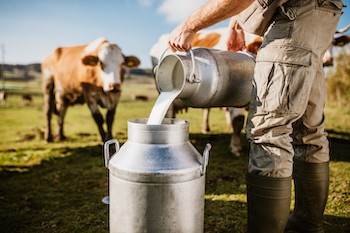 Feeling trapped in a negotiation with a Goliath can quickly make the power balance seem uneven and lead to emotions of helplessness, frustration and anger, particularly when industry consolidation occurs and you are a small company suppling a commodity that lacks differentiation. In this issue of Negotiation Insights we look at how having strong alternatives can result in long-term game changing outcomes.

In recent years Australian consumers have been the big winners as large retailers Coles and Woolworths passed on the lower prices that resulted from their negotiations with milk producers. However, many dairy farmers viewed themselves as the losers, with the price cuts putting their livelihoods at risk.

To improve their circumstances many dairy farmers hoped that an investigation by the Australian Competition and Consumer Commission (ACCC) would find that the big retailers had misused their market power to extract lower prices, which would result in a penalty and higher prices for the dairy industry.

However, while some relied on a third party to make a difficult situation better, there were others in the industry who thought about the opportunities they could create to strengthen their position with larger retailers.

For example, the Australian Dairy Co-operative Norco, who represented 190 farming families started exporting fresh milk from Australia direct to the Chinese city of Shanghai. By doing so, Norco was able to change the power balance with the large Australian retailers, service a growing export market, and gain higher margins by selling milk at $7 to $9 a litre compared to the $1 a litre, which had resulted from the big retailers’ price wars. Source: Sue Neales The Australian May 6th 2014.