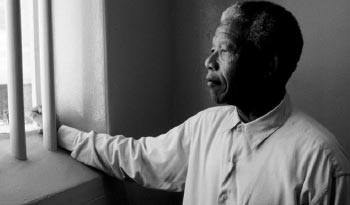 Negotiation is a learned skill that involves a methodology, and the knowledge and creativity to reach a mutually beneficial outcome. In this issue of Negotiation Insights we reflect on Nelson Mandela and the negotiation traits that helped him to achieve his outcomes and build relationships.

Nelson Mandela is widely recognised as the father of South Africa and founding father of its democracy. So why was he so influential?

His ability to negotiate was a key reason, and his success as a negotiator had three observable traits.

Firstly, he had outcome clarity, which was driven by deeply held views that his activism to remove South Africa’s apartheid policies had moral authority.

Secondly, he demonstrated patience and forgiveness while focusing on the shared interests that would build rapport with those who were adversaries. This was well illustrated when after serving 27 years in prison for his activism, he said, “As I walked out the door toward the gate that would lead to my freedom, I knew if I didn't leave my bitterness and hatred behind, I’d still be in prison.”

Thirdly, he was able to consciously separate the substantive issues (“what he wanted”), from the negotiation process (“how he would achieve it”). An example of this comes from his book Long Walk to Freedom, when he describes how he wrote to former South African President P. W. Botha outlining the conditions for negotiations and how they would be sequenced and paced. “At the end of the letter, I offered a very rough framework for negotiations. Two political issues will have to be addressed; firstly, the demand for majority rule in a unitary state; secondly, the concern of white South Africa over this demand, as well as the insistence of whites on structural guarantees that majority rule will not mean domination of the white minority by blacks. The most crucial tasks which will face the government and ANC will be to reconcile these two positions. I proposed that this be done in two stages, the first being a discussion to create proper conditions for negotiations, the second being the actual negotiations themselves.”

While Nelson Mandela exhibited many other admirable traits, these three helped contribute to the success of his negotiations with President F.W.de Klerk to end apartheid and establish multiracial elections, which also resulted in Nelson Mandela becoming South Africa’s president from 1994 to 1999.