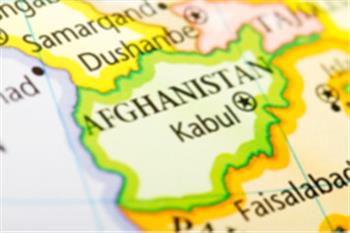 On January 21 2012, “The Australian” newspaper reported that the Taliban had acknowledged that they were negotiating with the United States. So why negotiate with the enemy?

Firstly, you come to the realisation that your current state might not be as attractive as other alternatives, and that the common ground you hold with the other side deserves more attention than your differences.

Perhaps it was with this in mind the US Government decided to reflect on the cost of the Afghanistan war – the ongoing loss of American lives, the drain on the budget, and the systemic corruption that makes the Afghan Government an unpredictable partner. By deciding to elevate peace and a political solution as a pursuit worthy of negotiation, the US and Taliban both stand to gain significant benefits, most notably ending the ongoing loss of life caused by the war. In addition, a peaceful resolution will have a profoundly positive effect on the US budget and provide the Taliban with acceptance and legitimacy on the world stage, which cannot be achieved by using suicide bombers.

So how do you negotiate with the enemy? Well as a starting point the US and Taliban focused on the negotiation process by agreeing to one on one talks, through intermediaries, in the neutral Persian Gulf emirate of Qatar. In addition, and as a gesture of cooperation, the US has also signalled that they will consider transferring custody of 5 senior Taliban detainees at Guantanamo Bay, in Cuba, to Qatar. Experienced negotiators will recognise that this stage of the negotiation is the ‘prelude’, which involves both parties agreeing on the subject matter and, most importantly, the negotiation process.

While it is desirable to signal cooperation, it is also imperative to maintain a position of strength and a credible alternative to protect your interests. As the US Secretary of Defence, Dr Gates, said at the time, gains on the ground in Afghanistan meant US President Barack Obama would have ‘a lot of room for manoeuvre’. ‘I think the Taliban have to feel themselves under military pressure, and begin to believe they can’t win before they’re willing to have a serious conversation’ [“The Australian”, 21 June 2011]. Dr Gates also cautioned against a quick resolution, highlighting that the talks will be lengthy and difficult.

Managing the negotiation process in this manner provides time to prepare each side’s constituents to embrace a negotiated settlement, and places a higher value on the sacrifices that have been made.